In this 14th year of the Dungala Kaiela Oration, we are delighted and honoured to have esteemed international educator Professor Wiremu Doherty, Chief Executive at Te Whare Wānanga o Awanuiārangi in Aotearoa/New Zealand speak to us on the importance of Indigenous knowledges, prosperity and productivity.

​Indigenous knowledge is a leading edge to building and enhancing an intergenerational economy. Within the New Zealand tertiary education context, the Wānanga (universities) have been operating for four decades, building on from the early language nests – kohanga reo from the 70s, and the total immersion schooling that followed. Having a pathway for students to complete their formal schooling and tertiary provision immersed entirely in Māori for 40 years is having a positive impact on workforce development in New Zealand. No longer is the notion of educational excellence dialectically opposed to Indigenous excellence. ​

The Kaiela Institute, in association with the University of Melbourne, are delighted to present the 2021 keynote speaker for the 13th annual Dungala Kaiela Oration, Josephine Sukkar AM.

Josephine Sukkar AM is Chair of the Australian Sports Commission, co-founder and principal of construction company Buildcorp, and president of Australian Women’s Rugby.

Ms Sukkar’s oration will talk to the undeniable power within the infrastructure of sport in Australia to harness and channel the passion of the Australian people. She will highlight the willingness and ability within sporting infrastructure to tackle the insidious issue of institutional racism and to be a critical cornerstone in creating a healthy, vibrant nation to which we can all be proud to contribute.

​And one in which we can all be winners.

The twelfth annual Dungala Kaiela Oration was delivered by Dr Lois Peeler AM. Dr Peeler is a proud Yorta Yorta woman whose achievements in many fields mark her intellect, strength, determination and resilience.
​
Dr Peeler spoke to our hearts and souls on the theme of ‘The River is Us: Carrying the Spirit and Strength of the Dungala’.

Dr Peeler was joined by her countrywomen to discuss issues arising from her oration: Professor Deborah Cheetham and Dr Lou Bennett in conversation with PhD candidate Karyn Ferguson.

This year our keynote speaker is Yawuru leader Senator Pat Dodson, Australian Labor Party, Western Australia. Known as "The Father of Reconciliation", Senator Dodson will speak about the successes, failures, disappointments and areas of ongoing need, including in the areas of reconciliation, land, recognition and public policy.

Further to this, Senator Dodson will share his vision for the future in the context of national, regional and local level realities for our mob. His long and profound contribution to the question of Aboriginal futures and Australian society will create an inspiring platform for the Goulburn Murray. 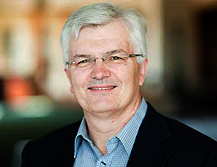 The seventh annual oration was delivered on country at the Rumbalara Football Netball Club on the 8th of July by the Vice Chancellor of the University of Melbourne Professor Glyn Davis. In his oration Prof. Davis drew on the work of figures such as William Cooper, Faith Bandler, Kath Walker, Noel Pearson and Paul Briggs to trace ideas that influence the empowered communities movement. Working through key moments in recent Indigenous history, Professor Davis explored the multiplicity of thought in Indigenous debates.

On the night, the audience of over 200 were treated to a performance by Lou Bennett that included a poignant rendition of Kev Carmody and Paul Kelly's classic anthem From Little Things Big Things Grow. Following the keynote address, Bennett returned to the stage to close proceedings with a stirring duet with 9 year old Lillie Walker from the Dungala Children's Choir of Ngarra Bura Fera. 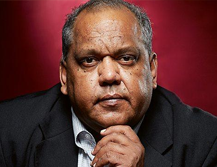 The sixth annual Dungala Kaiela Oration was held on 28 August 2014 and was the first oration to be delivered at the Rumbalara Football Netball Club home ground in Shepparton.

Noel Pearson, renowned lawyer, academic, land rights activist and founder of the Cape York Institute for Policy and Leadership, delivered a landmark address. Noel paid tribute to the heritage of Yorta Yorta leadership, and charted the path ahead towards Aboriginal self-determination, reconciliation and Constitutional recognition.

An article in The Age covering the 2014 Oration can be found here. 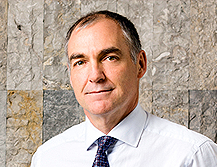 The fifth annual Dungala Kaiela Oration was held in June 2013. Peter Nash, Chairman of KPMG and board member of Reconciliation Australia delivered an outstanding address.

Deborah Cheetham and the Wilin Centre team including Short Black Opera and Tiriki Onus also made a big contribution. The Dhungala Children’s’ Choir was a highlight along with Eric Brown’s didgeridoo opening and closing. 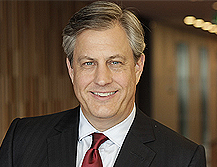 The 2012 orator was Brian Hartzer, Westpac’s then incoming Australian CEO. Brian has a long history with the financial inclusion agenda Paul Briggs has been prosecuting in Shepparton.

"This Oration is about looking back to help create a vision for the successful development of not just Aboriginal communities but the whole Australian community in the future,"
​-  Brian Hartzer, CEO Westpac.

As part of Mr Eslake's speech, he discussed the current resource boom and how it could be used to establish a sovereign wealth fund to address long term issues including closing the gap between Indigenous and non-Indigenous Australians and building bridges to promote Aboriginal social and economic development. 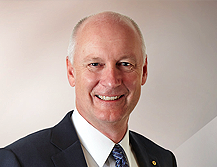 “None of us have the answers, neither business, government, nor Wesfarmers, but Wesfarmers believes that it can at least facilitate the solutions. And in my opinion, the Goulburn Valley has shown through what it has tried and what it’s achieved, that it does have the answers.”
- Richard Goyder, CEO Wesfarmers